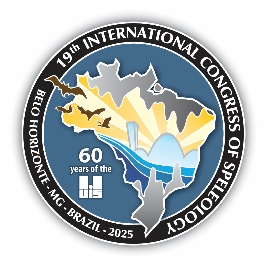 The Brazilian Speleological Society (SBE) and the National Center for Research and Conservation of Caves (ICMBio/CECAV) are proud to host the 19th International Congress of Speleology (ICS) in 2025.

The City of Belo Horizonte (BH), capital of the State of Minas Gerais – the first Brazilian city to be a member of the World Tourism Cities Federation (WTCF) – joins the Organization of the 19th ICS to host the international speleological community in the year 2025. Welcome to BH, welcome to Brazil.

Seventy-two years after the first ICS (Paris, 1953), for the second time its organization is credited to Brazil, under the same responsibility as the SBE. While the 13th ICS (Brasília, 2001) had “Speleology of the Third Millennium” as its theme, the 19th ICS in Belo Horizonte will celebrate the 60th Anniversary of the International Union of Speleology (UIS).

Come to join us!